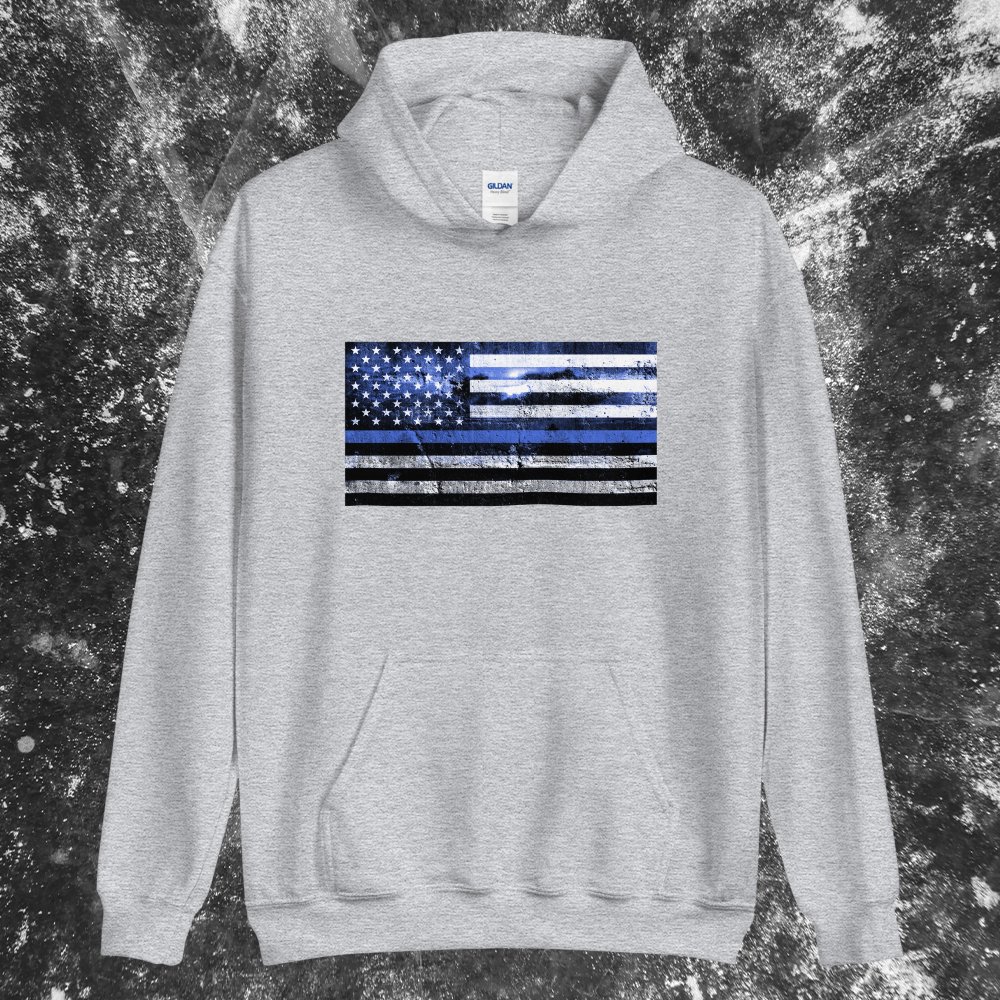 Our brave “Men and Women in Blue” serve and protect our local communities by enforcing the law and keeping the peace. Often, they stand in harm’s way to bravely and courageously, protect people they do not know. And, their families sacrifice along with them. Regardless of the circumstances, Police Officers around our country proudly salute the American flag and daily demonstrate their strong commitment to maintain law and order in America.

3. Choose-A-Charity. (We will Donate 10% of our Profits to the Charity Selected) (Click Here for More Information)

Product Overview: All designs are printed on a hoodie of the color and size chosen.

Each design is digitally printed onto the chosen hoodie using a process that ensures quality and durability in the final print.

When the two come together, you are left with a shirt that is highly durable and will also last a very long time without showing any wear and tear. Feel free to mix and match all of the options.

To maximize durability and longevity, we recommend washing all apparel items from our store using the instruction card provided.