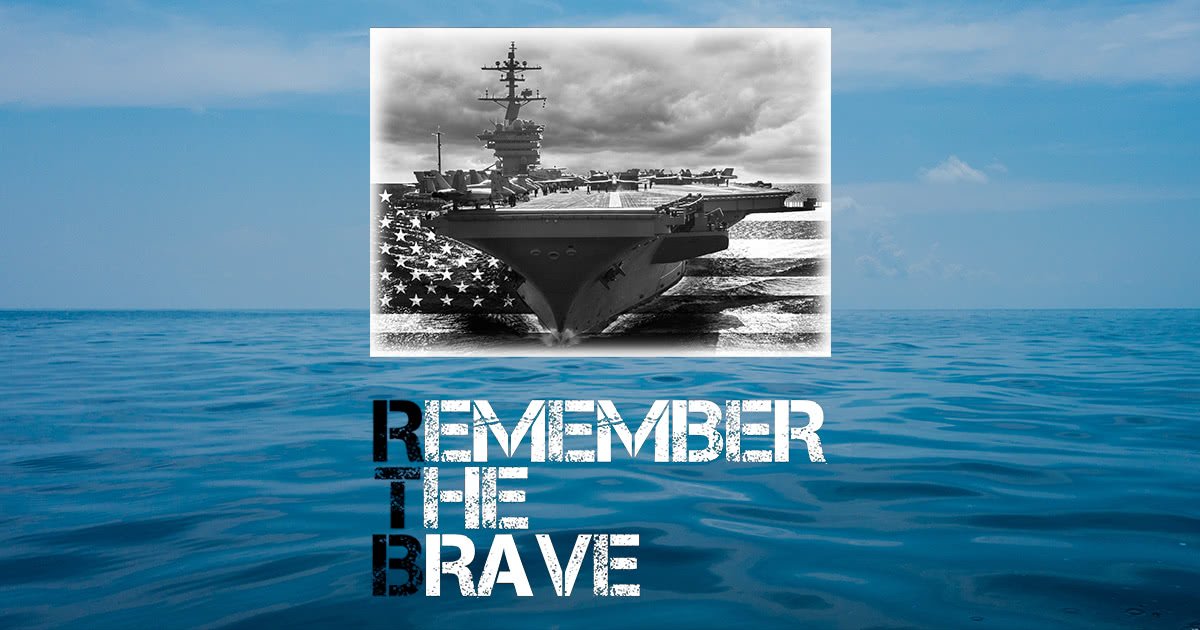 The Navy design is the second entry to our “Remember the Brave” Collection. Unlike the other branches of service, the U.S. Navy has many of the largest, impressive and technologically-advanced ships in the world.

With so many different kinds of ships to communicate the sheer power, might and unique contribution this branch of service makes within our military, we chose to feature a United States Navy’s aircraft carrier fiercely cutting through the water on behalf of the American people, as shown by the reflection of the American Flag in the water. The dedicated and powerful commitment to defend the interests of the American people any where in the world is clearly conveyed through our American Flag reflection. The crew is determined to defend and protect the United States wherever their mission may take them.

Join us in showing your respect for all the Navy Sailors, who serve our country. Let’s also honor the memory of those who have made the ultimate sacrifice for America.