A few days ago, a young girl was in a motor vehicle accident near West Point, Utah. Although it was only a minor accident and none of the parties involved were seriously injured, the young girl was very scared by the whole ordeal she experienced. When the North Davis Fire Department arrived on the scene, the Battalion Chief and Captain went above and beyond the call of duty to help calm the young girl. They noticed that she was holding a few bottles of fingernail polish and had a great idea. The best way to calm the young girl down was to change her focus. Plus, who wouldn’t want to get their nails painted while on the job, right? So, they did what any parent would do and asked her if she would paint their nails and she agreed. Even though the purple nail polish covered more than their nails, the young girl quickly forgot about the accident she just experienced. The story was shared on the North Davis Fire District Facebook Page along with pictures of their purple manicures. 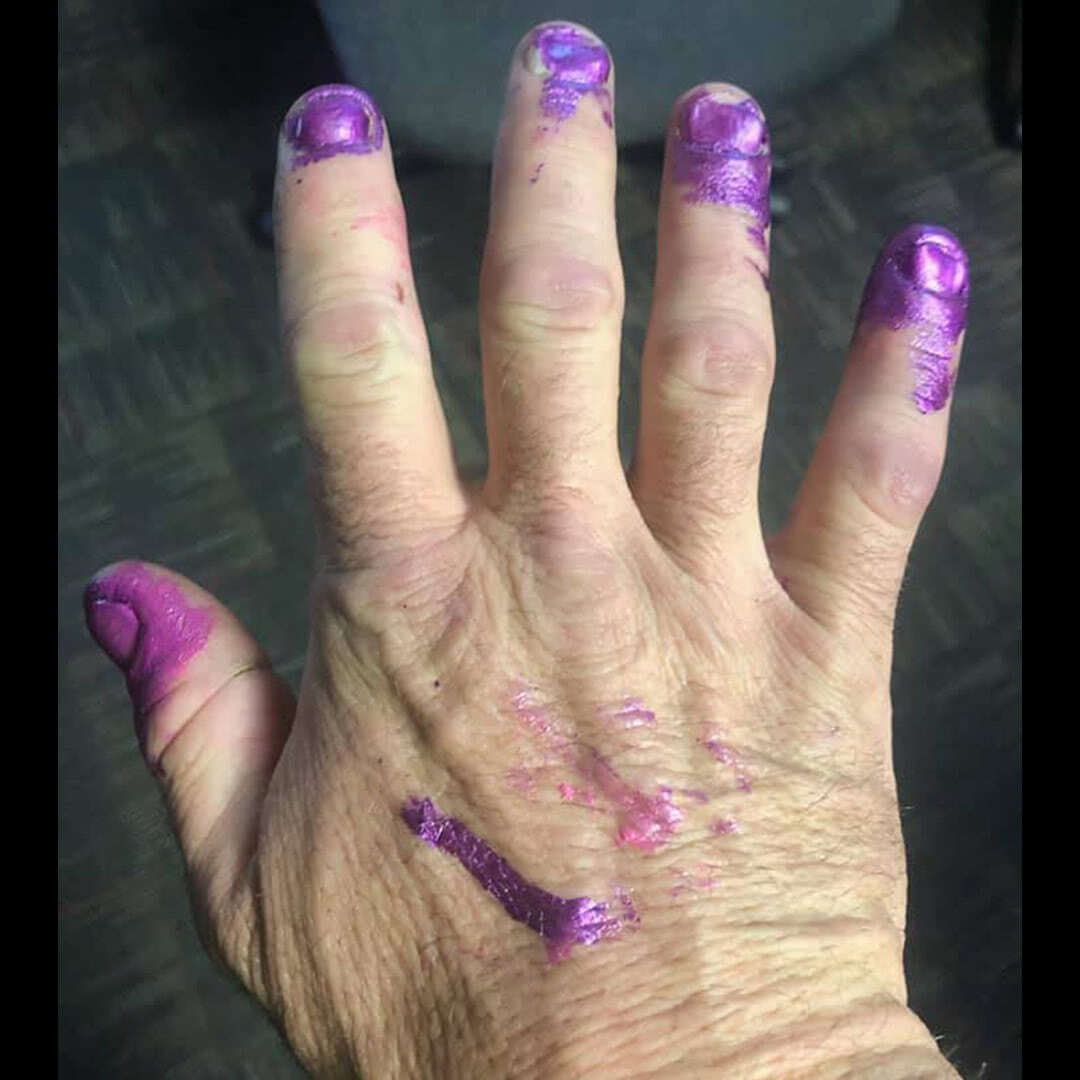 The kindness of these firefighters is inspiring! Their complete and total willingness to help truly shows who they are and that they do so much more than just their job. They saw an opportunity to comfort a young girl and they did. The firefighters were technically called to the scene to help with physical injuries due to the motor vehicle accident, not to treat psychological and emotional issues. Yet when they came across this very, scared young girl, they stepped up and calmed her down. If we all took the time to pay more attention to the people and things around us, then we can all help one another and be there for each other. By helping each other with not just our physical issues but also our mental health, we can build better communities and on a larger scale, a greater nation. So, get out there and take a look at how you too can be selfless and make someone’s day a little brighter.